SEVEN Facts about Betsy Elliott that didn't make it into the book! 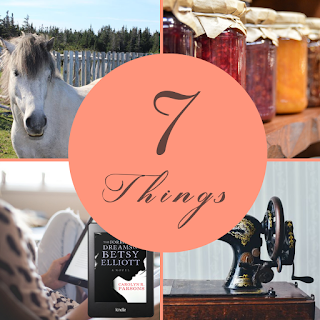 When writing a book often an author will create characters sketches, entire backgrounds for characters that don't make it on to the pages but help them to know their character and what makes them tick. It helps with motivation and gives a layer of reality to the character that is helpful when telling their story.

In addition to character sketches, The Forbidden Dreams of Betsy Elliott is set in history & some real historical connections are presented through other characters who were actually real people but are making "cameos" in the story.

Here are SEVEN things you should know about Betsy Elliott and her world in 1933 rural Newfoundland and Labrador that didn't make quite it into the book!


Bonus: The story was drafted as I listened to the song The Calendar by Newfoundland and Labrador songwriter Ian Foster.

I hope you enjoyed getting to know Betsy a bit better, and if you haven't read her story yet you can buy her books wherever Flanker Press Ltd sells them and worldwide on Amazon both in paperback and as an ebook. It's also available in other ebook formats like Kobo.