A HUGE Update! And FREE stuff!


"Just literally finished the book I laughed so hard! I got misty eyed and I was inspired! Truly a great book. Got a trip from Vancouver Island to Newfoundland planned that starts in seven days!!! I might read it again while we travel

🇨🇦 I hope I find as much insight about myself as you did on the road. Well I'm off to download "The Secrets of a Rare Moon Tickle" !

It's out! It's live on Amazon and I'm working on getting it into stores over the next month! Now that I've released it I'm wondering, what took me so long?

And you're probably wondering also!  I have been writing in that time but much of it was non-fiction, freelance, newspaper stuff.

I've been working on other projects that have kept my fiction writing to a minimum. But for the last while, I've been going strong. In fact, I have three more books drafted and likely will draft at least two more before the next book is released, in the fall of 2017.

But for now, let's talk about my new release, Charley through Canada, available for purchase on AMAZON!

First off, it's selling and has hit a few Bestseller lists in its categories! Yay! Canadians love reading about Canada so writing a book that celebrates Canada's 150th birthday seems to be something people are on board with.


The next step is to find more Amazon reviewers. Stuff like what Trish Prosser-Loehr wrote at the top.  Reviews are so important to an author that I'm willing to give books away to get them.  So if you want to read the book for free, I can forward a Kindle review copy to you free of charge.  Seriously, you can get the book for free if you want to spend a few moments when it's done on several lines and click a star-rating on Amazon. You just need to have an Amazon account on which you've spent at least $50. That's it.

Email me at carolynrparsons@gmail.com to make arrangements for your review copy or leave a comment on this post.

I feel like the home shopping network! Don't go yet! There is more! 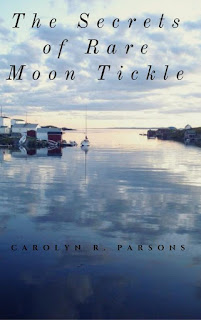 I have another freebie!  In March the ebook version of The Secrets of Rare Moon Tickle was released, by Pronoun, a company owned by MacMillan Publishing. I've arranged to make that book free for people as well. Just click HERE and you can claim a free ebook version of my first novel.  And of course, if you're inclined to review it, that would be amazing!

That's all for now! More to come more frequently now as I pick up the pace on this author gig again.  Cheers and have a fantastic day!