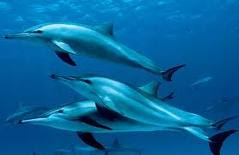 Quick, with both hands, pull your mind out of the gutter.  Not that kind of "go deep" silly.  Though that's not a bad idea either!

I was just having a discussion with a friend of mine and we touched on the topic of depth.  Most of you are familiar by what is meant when someone uses the term "deep" to describe someone else.  I thought I'd talk about my own understanding of the term.  Not sure it's the standard definition but it is how I see it and you know, that's just the way I roll.

For me,  it's someone who allows themselves to think in original thought, to come up with ideas on their own and from their own wealth of experience and knowledge rather than regurgitating the ideas of others.  These people aren't necessary well educated, particularly well read, they aren't always scholars or experts, and generally they don't follow accepted dogma in anything even if they understand it.  What they have that sets them  apart is an outlook on life that reaches deep within their soul and they are brave enough to share their ideas without fear of being laughed at, ridiculed, or worse, thought to be wrong!  They also have large, open minds, are willing to learn and accept anything as possible.

So let me be unrealistic for a moment myself.  All people are deep or have the potential to be.  I believe this to be true.  I have encountered people who have opened themselves up to me in ways that I think have surprised even them and they shine, like a brilliant beacon in the sea of humanity.  Their depth of understanding and their commentary on life have knocked my socks off and made me delight in the new outlook I've gained from them.  Some of them are even adults!

For the adults...often...after the initial excitement at their self discovery, they lose it.  Frequently they slip back into old habits, old ways, old patterns, that have suited their needs and driven their lives for so long it feels comfortable, like a pair of slippers they slip on or their favourite pair of Levi's that consoles them in some way.

The reason is, that in order to maintain and attain a certain depth you have to go deep within yourself.  Often you have to face your flaws, your weaknesses, and your past transgressions.  You have to face yourself and forgive yourself and remove all of the guilt you've ever felt for the way you've treated others, brave the demons that were left behind when others treated you wrong and get to a place where you know yourself so well that what you have been doing not only doesn't feel comfortable anymore, but it's possibly even foreign to you.

This exploration usually scares the hell out of people and many suck their head back into their shells like scared turtles and slug along being exactly as they were, denying even the possibility of a different way.

But the ones who decide that it's worth the risk shine.  They begin to think in new ways and expand their experiences.   They get to know that they are an amazing human with a spirit that is meant to sparkle like a brilliant gemstone.  They are no longer afraid of the things they were once afraid of.  And people notice and some of them work hard against the change.  It takes a lot of strength to become who you are.

Perhaps you are so sensitive to the pain of others that you you lie to them to protect them from the pain you might cause with the truth.  Maybe you are a person that is so insensitive to others that you hurt them frequently because you aren't empathetic to their feelings.  Find out which you are, because many of us fall into one or the other of these categories.  From there you can grow.  From that point you can work on being authentic and from there you find your depth.

Then with that depth of knowing, you learn that it is your own heart you must cherish and not break first and foremost.  The key to that is that the truth is the way to protect it in every instant.  You take the repercussions that come being yourself.  You begin to pattern your behaviour in a different way, one that relieves you of shame, guilt or regret because you know you did what was right.

Remember...it is impossible for a heart well-loved by its owner to ever be broken.

So depth isn't just about being "deep" but also about getting into the middle of your darkest fears and facing them.  It's listening to a special song over and over until it no longer makes you cry.  It's about being willing to be sad for just long enough and being brave only after you've been sad and reached the bottom and have climbed back up.

Explore your depths.  Share them.  Be who you are for real and you will find that all the love you ever wanted will come to you.  And all the love that isn't true will fade away and leave you free.

You may feel more comfortable in the shallows but you will not learn to dive there. You'll never see the beauty of the coral reef if you never explore the depths and only ever float on your back.

So dive into yourself!  Get into your depths. Once you get past the shock of it, it's worth the jump!