I just had one of those.  I won't go into a lot of details because I want to put it behind me but, I had a really super bad day.  I rarely do.  But damned human that I am, yep, I had one.  An entire day of pure negativity and angst and anger and sadness!  I moped, I ranted, I cried and I ranted some more.

It's the new moon thing.  I swear, the day before the new moon always is sucky.  Did you have a bad day yesterday? Thursday, March 3?  Well there you have it, you're just like me, you have new moon madness!  Usually I keep ahead of it but it snuck up on me this time.  I'm blaming the moon.  Shame on the Moon!  Wow...I have an odd desire for some Bob Seger tunes now...

Then I looked around for someone to pull in with me, because, you know that misery loves company and well, I was alone.  Nobody understands me you see.  NOBODY gets what I'm going through right now.  Do you understand?  No of course you don't because NOBODY does!

I wallowed...I rolled around in the negativity like a pig rolls around in a mud bath.(oddly enough that thought cheered me up a little...rolling around in mud...mmmm....OK...back to the bad day).

I didn't want to have a bad day.  I played happy music..then switched it off because it was irritating.  I watched funny videos.  It helped for the moment but then, back in the mud.

So at 6:40pm I headed up the stairs, put the kids to bed and went to sleep.  I skipped the hockey game(yes it was THAT bad) and  I slept until 7am the next day.  I woke up tired and grouchy.  I still didn't want to get out of bed.   But I had to...it was horrible...no...rotten...terrible..the worse...you just...well you don't understand...

So I went through the motions and then decided...that's enough of it.  I am alive.  Right in this moment I'm alive.  I had a bad day.  Yesterday.  And I feel entirely entitled to it.  It's been rough lately and I was exhausted.

But, no more excuses.  I've got tons of them, you know, and if I told you all of what was going on right now you would all be, oh no wonder you were all down and unhappy.  The major crux of it all though,  is being alone.   It's hard to be alone.  I am not a solitary person but I'm alone 90% of the time.  And then when things are bad and you're alone,  it builds and bursts and overflows after a while.  But...bootstraps, where are you?  Time to pick me up.

I decided I would write.   Mostly I wrote poetry!  I am a writer after all and writing is my way through everything!  I talked to a few friends.  Had a discussion about religion...my lack of one specifically...and it reinforced that I'm on the right track for me and you all are on the right track for you...and that's a good thing.

I offered to help some people out with a problem they were having.  Nothing draining.  But they were grateful.

I de-cluttered the office.  Slowly as over-exertion has been my biggest problem these days.  I ate a nice meal full of vitamins and cardboard and drank some of my happy juice~Dr. Pepper.  Just a little because, again, health is an issue.

And I decided to do something super nice for somebody else.  It's my favourite  pick-me-up.  I sent two copies of my book free of charge to a friend.  Then I thought, she's been asking about Dr. Wayne Dyer.  I have almost all of his books.  So, in they go. Three of them. Then I remembered that I just won some Cd's of his, (yes I still win stuff a lot) and I saved them to my itunes and so,  in the box with them as well.  Then I cut down the sides of the Molson Canadian beer box (pure class uh?) and wrapped it all up.  It's all addressed and ready to go.

See, she was going to purchase two copies of my book, one for her and a friend but I decided, I don't need money and well, money will come to replace it anyway.  It works that way.  She's a single mom who just lost her job and she has two kids and so she's getting the books.  All of them.  Just because it'll make her happy.  Better still, she's going to find out by reading this blog post.  Surprise!  You know who you are my friend!  See how cool that is?

I love surprising people.  The people I love most, they know I love them.  I make sure of it!

Suddenly, it's a very good, great, excellent day!  I have a smile lighting up my life and  I'm poised to  make some huge apologies and hopefully never repeat the day I had yesterday again!

Oh..and I have HUGE  plans for the weekend.  Huge in the happy department.  See...we got Bieber fever in this house and tonight we're going to see the movie, Never Say Never.   In Stratford, you know, where the Biebs is from.  He's not there but hey, kids like him, we're going!  Then I have my baby Dante for the night on Saturday.

And...confession time...I love the Biebs myself.  It's quite possible I would have gone alone if I didn't have kids.  Just like I went alone to the last Twilight movie since I didn't have a teen around as a beard for my secret love of Vampires and all things sparkly and Edward. (Although after that whole moon thing above perhaps I'm more team Jacob after all)

My hockey team is on a 7 game winning streak!  6 points from the top place!  Go Bruins!  Sorry I didn't cheer you on last night.  See I had a bad day.

So..the very bad, no good, awful day is done and while there is probably another down the road  for me to enjoy( I swear I think I enjoy a little wallowing sometimes...and the mud...I loved that part, the rolling around, the wrestling...oh wait...that was my imagination...oops how embarrassing) but this is much better.

And next week I'm off to Newfoundland!  I cannot wait.  Nothing like a road trip back home to get the happy back!

I LOVE you, but you know that already! 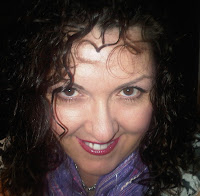