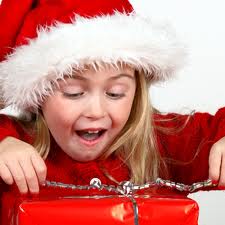 Here we are, just days from Christmas.  People are shopping, wrapping, baking and stressing.   I am  not.  I have not finished shopping.  I haven't wrapped a single item.  I haven't baked.  I have 4 children and a grandson and a few others that I give to.  And yet I am not stressed.  I LOVE this time of year.  No I don't have a lot of money and no my life isn't perfect, but holy, this is the season for GIVING!  How cool is that?

I love giving gifts.  I love when I find the perfect thing for someone I love when I know it'll mean something and usually that isn't the gift that costs a great deal of money, it's just some token that represents the relationship and is special to the person you give it to because of that.

As much as I love the idea of giving gifts for Christmas, I get the greatest satisfaction out of just giving for no good reason other than to make another happy.  I'm an impulsive giver!  I see a need and I check the  bank account.  I donate randomly, I don't have a particular cause other than my World Vision sponsor child in Senegal.  Sometimes it's to a charity, often to a friend I know and occasionally to a stranger.

I have made a habit over the past few  years of giving away money I find.  Or as I often say, money that finds me.  And for some reason, money does find me.  If I find $20 or $5 somewhere I tuck it away, looking for the perfect place to donate.  I found $20 in an old coat last week and it went to the Salvation Army Kettle at the mall for example.

I have learned a lot from random giving.  A few months back I was in Toronto with a friend and I had a $5 bill that I'd found.  I decided that I would give it to the first person I saw who needed it.  It was well into the weekend and no one was to be seen, no homeless people, no donation boxes anywhere.  We were about to enter a little store when a young girl, obviously strung out on drugs(or from the lack of drugs) asked if we had some spare change.  Her voice was automatic, monotone, as though she really didn't expect anything but felt she had to ask.  I reached into my pocket and handed her the $5.  I will never forget the look on her face.  It was a mixture of shock and wonder and surprise.  She thanked me, stared at the blue paper bill in her hand as though it were a foreign object,  and my friend and I went into the store smiling.  She continued on, asking others for money.  Eventually she came back into the store to plug in and charge her cell phone and I don't think she even recognised us as the ones who gave her the money.

There are those who would think that all I did was contribute to her drug problem.  And I likely did, in that moment.  I'm pretty sure she took that $5 and bought her next fix.  But giving isn't about judging the receiver.  It's about giving the gift.  That young woman, whoever she is, may eventually clean up her act.  Maybe she won't.  But one thing is certain.  She can always say that at least one person treated her with kindness, generosity and respect.  Her validity as a human was never in question in my mind and making her happy in that  moment was as important as making anyone on this planet happy in a given moment.  I'm not here to judge humanity, I'm here to serve.

I have been given so many gifts in my life.  Love, material things, healthy children, my own health and to make giving a habit seems to be a natural thing to do. I want to give everything I can to the ones I'm closest to, of course, particularly those whose Christmas isn't looking all that merry.  Sometimes I can't fix things for that person but I find it helps me to deal with that frustration by helping someone else in their hard times.  It gives a sense of usefulness and purpose when it's hard to find one.

I don't need presents myself.  I have more than most of the world already.  But if I could have one wish this Christmas it's that everyone of you who reads this, look around them and see who needs something.   Give what you have to give.  Perhaps it's a hug. A drive somewhere.   A babysitter so they can do their shopping. An invitation to dinner.  Some money to help with their financial stress.  Anything at all.  Give to them and you give to me.  Give to them and you give to you as well.  And carry the habit into the new year with you as a resolution.

April said…
Nice post Carolyn...giving is a beautiful thing for sure. Even when times are rough, I can't help but what to share whatever I can. Sometimes its only smiles and conversation...but sometimes that is worth way more than anything material. And there are lots of people out there that feel the same way as you. At times when I need to go to the food bank, it never fails that someone offers some of their own food that they don't think they'll use, because they'd rather give it to my kids.
December 16, 2010 at 11:36 AM