Warning: This Post is Rated X~ Unless You're Australian! 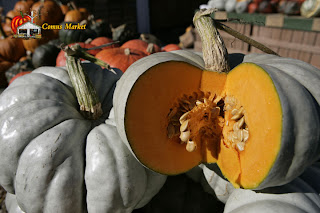 Since I started blogging I've been fortunate enough to "meet" people from all over the world but I've connected with the Australian ladies most of all for some reason.  Perhaps because we all come from the commonwealth, perhaps because I envy their lack of snow and perhaps it's just their open, happy, honest way of communicating.  Some of them have become friends of mine on face book, we share Jackson Browne, Matt Damon(well actually they won't share Matt but I keep trying) and many other interests.

But there is the language barrier.  See I don't speak Australian.  Now I know some of you are going to chuckle..I mean the Aussies speak English right?  A different dialect certainly, a lovely dialect that reminds one of koala bears and Fosters.  But I'm here to tell you now...tis not so.

It started last Christmas when I got a recipe from Kerry for "Crackles" which only have three ingredients.  They are condensed sweetened milk, a family pack of chocolate(?) and some rice bubbles.  Uh?  Rice bubbles...what the heck?  Turns out that Rice Chrispies are Rice Bubbles down under.  Yep.  Can you believe it?

Then just yesterday another recipe.  Pumpkin soup.  Sounds delicious, all the girls were talking about it.  It has CREAM... how exciting!  So I ask for the recipe.  Kerry was the obliging sister(though I asked on Lisa's wall) and she gave me the recipe.   Still only three ingredients(I love the recipes).  But first on the list. You need two butternut pumpkins. Well thud.

Ok..so we googled.  And giggled. You know what?  They call squash-wait for it-pumpkins. Or perhaps we call pumpkins squash.  But even better, their actual pumpkins are BLUE..no shit! (This means the same in both languages btw).  Blue and solid inside.  You know how our Canadian pumpkins(and presumably American pumkins) are all squishy with not much flesh inside?  Theirs is rather solid, very squash-like.

But the topper was tonight.  One of the girls put on her status that she was happy that someone had a "red hot crack!"  Now while it is something to be proud of (I feel like bragging about this myself at times) it did seem a little improper for face book.

She explained that in her Australian language it simply meant to "have a good chance" at something.  Well it makes sense if you think about it.  Anybody with a red hot crack would have a helluva chance at, well anything she wanted!

So be careful.  These Australians are wonderful.  They look like us and they think much the same.  But the language barrier, well, let's just say, it's a bit tricky.  Luckily our sense of humour gets us over the barrier with ease!

Kerry said…
I am laughing so hard at your post while reading it i have tears rolling down my cheeks.

Yes, us Aussies certainly have a way with words.....and foods too it would seem. I am just so confused now as to if i am eating squash when i think i am eating pumpkin, or if you are eating pumpkin when you think your eating squash, and just what do you actually do with all the sqwishy stuff thats inside of your pumpkins???

Am wondering also if you have things like coco pops, weetbix, i am guessing you have never been exposed to vegemite, and honestly, we never say "put a shrimp on the barbie, mate" as many over seas people think we do for the simple reason that we don't have shrimp, we have prawns...

thanks for the giggle, that was fun yesterday talking about that and educational in a weird kinda way too.