A Dream Story and Updates :) 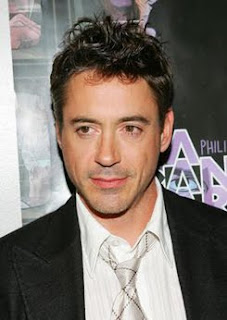 Last night I watched Sherlock Holmes starring one of my favourite actors, Robert Downey Jr. I went to sleep hoping for some RDJ action but instead I had a dream about Stephen King. Yes, the Stephen King.  It wasn't creepy at all, surprisingly, instead it was a fantastic idea for a story.  I'm not sure if it will be a short story or a future novel but it's certainly begging to be written so it shall be.  I woke up wondering why SK was the "man" of the story and I've decided that's my cue to do the short story collection I've been thinking of putting together.  One written, one an idea, this dream and one more tale along the lines of a Four Past Midnight collection of King's past(without the dark themes).  Meanwhile, my second novel is now 6000 words deep and has a title.  The characters however, are not quite so lucky, beyond the main characters and the father of the male main character, they are depressingly nameless as is the fictional resettled NL community in which they live.

Tomorrow, is the beginning of the WVU creative writing class I'm taking again.  I did it before, completed it and found the assignments incredibly useful for working out some character details for the last novel.  I'm going to use it for this purpose again and who knows, perhaps a short story for the collection will come out of it all.

In television, I'm still reporting, did two back to back, 1:1 live to tape interviews.  It was challenging, but fun.  I get no questions before hand so I listen, write notes, and make stuff up as I go along.  I'm getting better at it.  It's still fun and that's the most important thing.  They were both interviews about digital media but two entirely different applications. The first was about medical imaging and the second about video games.

Radio work is the big news.  I'm collaborating with April Lindfors on a brand new radio program coming in mid-July.  We will be co-hosts and it will focus on live interviews with up and coming artists as well as some established names!   More information to come as we get things together!

And from my first ever foray into radio on Power of You radio show (there is a player in the sidebar to listen to me blather on), comes the opportunity for me to be face book administrator for Kimberly Banks and her newest endeavor, a large online community for women that focuses on empowerment!  I'm very excited to be a part of this and will certainly update you as this comes to fruition!

On a personal note, my kids are over the chicken pox, my inlaws will be here this weekend for a visit, I'm painting my house inside and my obligations for the Nutritional Program I coordinate at the school have been met(up to the end of March).  I also finally made contact with my high school English teacher, and will happily send her a copy of my poetry book.  I scored front row tickets for Kiss Me Kate and second row for Peter Pan at the Stratford Shakespeare Festival at a steal on April Fools Day!  I will likely have to pay full price to see Christopher Plummer in The Tempest later in the season but that will be worth it!

Oh yes, and my birthday is on Thursday!  I will be 44 years old and it's the best time of my life!

Karen Baldwin said…
Funny! A few months ago, I too had a dream about Stephen King. I think some authors can actually channel him. :) And BTW, you are one busy lady!
April 6, 2010 at 7:07 PM

Carolyn R. Parsons said…
I love Stephen King...when I was younger I read Edgar Allen Poe and Stephen King...yet I'm surprisingly a very positive/happy/lighthearted person..yet I still love them both.

SK writing style is my favourite, real, creative and if he can make me read horror he's gotta be good kwim because it's just not my thing.

I wonder..is it possible to channel a living person..why not? Great idea for a story...

Unknown said…
Hey! We must be on the same wave length. We're watching SH tonight! Sorry, nothing can get in the way of LOST ;)

Carolyn R. Parsons said…
Never ever watched Lost..but I don't watch all that much television...well he's not the main character but he was in the dream...I'll change all that...funniest thing...I decided it was the go ahead..do the short story collection..then..today I stumble upon SK on a video ranting about how readers today are simply too lazy to read short stories and he gives some interesting reasons.
April 7, 2010 at 6:50 PM