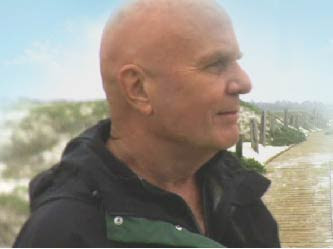 Dr. Wayne Dyer's newest book, Excuses Begone has not made its way to my library but I did recieve a free download of an excerpt and the 18 excuses he addresses in the book plus the affirmations he gives to counter balance the excuses that we make to ourselves for not doing that which will bring us joy and fulfillment!

Over the next little while I'm going to work on writing about each excuse and then the affirmation that follows it.

The first excuse is: IT WILL BE DIFFICULT

What are you trying to accomplish? Are you writing a book? Changing careers? Quitting smoking? Trying to lose weight?

I have two examples from my own experience that disprove the idea that changes have to be difficult.

For years I drank diet coke. I loved it. I consumed large quantities of it every day. I enjoyed the taste and the buzz from the caffeine. But in the last few years I started to see that it really had no redeeming qualities and there were some terrible chemicicals in it that were a little scary when I actually considered them. In the search for a healthier body I knew it had to go. Then one day after Christmas when I tossed out the last of the empty cans into the recycling bin and looked at the overflowing bin I decided right then that I'd had enough. It wasn't a new year's resolution, it wasn't a Christmas miracle. It was me, deciding in that moment that I wouldn't drink it again.

Was it hard? Nope, there were moments that I thought were hard, but overall, it was relatively easy, once I decided. I didn't even tell anyone. It just became a part of my consciousness that I don't drink diet cola anymore. Once the decision was made there was only the occasional temptation at a restaurant or a grocery story check out and then I would choose water instead.

I have had approximately six carbonated drinks, none of them diet, over the past year. I just stopped. I'm very careful to drink it in moderation and when there is a choice I choose something else.

I've also quit smoking. Was that difficult? I thought it was at the time but looking back on it now, it was about three weeks of difficulty(all of which wasn't actually all that difficult, just some tempting moments) and I never looked back.

Three weeks is a short period of time to be uncomfortable and irritable in the grand scheme of a lifetime. So no, quitting smoking wasn't difficult. Deciding to quit was but only because I didn't want to make the decision! I was attached to the cigarettes and the excuse that it was going to be difficult allowed me to carry on smoking even though I didn't want to. Once I let the excuse go, the quitting was easier!

There is an affirmation that follows the excuse, read it over and decide for yourself if it's actually going to be hard because, it really may not be, once you decide!


Affirmation: I have the ability to accomplish any task I set my mind to with ease and comfort.

Between now and my publication date anyone who comments on a post is automatically entered into a draw to win a copy of my poetry book, Wind Rhymes!. The book should be released somewhere around the end of October! No limit, every comment is an entry!
Email Post
Labels: Affirmation

Shadow said…
hard? maybe. sometimes. in that moment. but after you've accomplished it? no. then it's only the satisfaction of achievement. and what is better than that...
November 17, 2009 at 10:32 AM