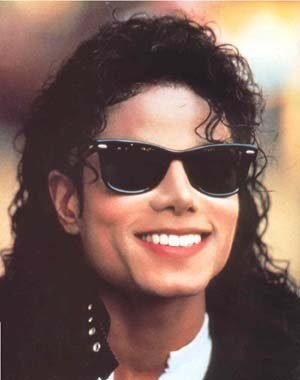 With as much mystery as he held in life, Michael Jackson died, leaving us even more bewildered. Mysterious circumstances, fodder for the tabloid magazines as always, those who were fans of Michael Jackson wept, those who didn't ridiculed. Such was his life, such is his death.

I watched the memorial and all I saw were three beautiful and sad children without a dad. I place my children in that picture. It breaks my heart. When his daughter spoke of him being a great father I see no reason to disbelieve her. Her grief was honest and raw.

I have been a Michael Jackson fan from the Thriller days. I always rooted for him, I always wanted him to prove them wrong, I wanted him to gain strength but I think he was weakened by isolation and an unrealistic existance in a bubble of self preservation and ultimately of self-destruction.

There was no hope of normal for Michael Jackson. His celebrity was what it was and while there could be no normal, one fact remains, Michael Jackson was a human being with human failings and emotions. I saw sensitivity in his music and his lyrics. I hear "Heal the World" and marvel at the simple cleverness of the theme. I adore "Man in the Mirror" a lesson that all of us should take to heart and I think "We are the World" one of the finest musical accomplishments ever undertaken. I have listened to some of his speeches, I've read how he made the Guinness Book of Records Millenium Edition as the pop star who gave to the most charities. He matched his time and his chequebook to the sentiments he wrote of time and time again.

Some will see the surface only, his features altered year after year for some reason known only to him, the speculation of the tabloids not truth, for if we were to believe that we also must believe he married an alien and slept with the elephant man's bones. But no person is single faceted. Certainly he wasn't. Humans are strange creatures, what we percieve as different we ridicule and hate, we build our heroes up just to knock them down. It's interesting to me that with all the fame and fortune he had, somehow he always seemed an underdog to me. Life seemed difficult and too much for him. But I rooted for him, maybe for this reason, maybe because I admired his talent and hoped he would prevail and make that his legacy instead.

Some will take some time and look a little deeper and see beyond the physical differences noting his charitable works. Still Others will remember the allegations of horrendous crimes that were never proven to be true but accepted as so by those who chose to do so. If, in some way, paying money can get you out of a crime then the American Justice system has more to answer to than Michael Jackson. Some will remember all of this. Some won't be bothered to remember at all, Michael Jackson a mere blip on their radar. Perspective will determine all.

What I know for sure is that this man broke the race barrier in music, I remember the music that was the backdrop of my teen years, I remember a song to a rat and a sequinned glove. I remember moonwalking and how I practiced, remote in hand, in front of the television, frame by frame until I got it. Yes, the Breeze moonwalks! I remember heartwrenching pleas for help for the world from a man who genuinely seemed to care. I choose to remember that many of his lyrics appealed to the higher side of humanity to be compassionate and to love each other a little more. I choose to remember what I like about Michael Jackson and there is much.

And I choose to remember most of all that three children lost their dad and how they must grieve him. And I think, in the grand scheme of things, that is all that matters.

Sylvia said…
Dear Breeze, the saddest thing is this "fight" over custody, that seems to have in mind everything but the children. I hope everything goes well to those poor children, who lost already so much...
July 13, 2009 at 3:03 PM

Carolyn R. Parsons said…
Is there an official fight over custody? If there is one then yes, it will be awful...but so far I've only ever heard the "media" speculate on that.
July 13, 2009 at 3:06 PM

scribbling sassy said…
This is all true. He's No. 1 in doing what he does best, Music! ... We've seen so much of his passion for singing and dancing, as we did a TV night special on him last Sunday here in Manila, featuring his 30th Anniversary concert. Hands down, he really is the best ...(P.S. I've done a post on the TV special)
July 15, 2009 at 3:43 AM