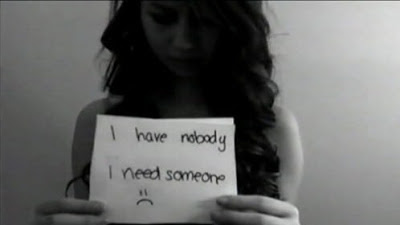 Unless you have been living in a bubble, you have heard the name Amanda Todd over the past week. And if you're like thousands of other Canadians you have felt your heart break for this very young girl who was harassed and bullied to the point where she felt that taking her own life was her only escape from the pain.

It tears at my very soul that a child was stalked, beaten, teased, tormented, used, abused and chased just so it could start all over again wherever she moved to escape it. My heart breaks for her family and their anguish but unable to allow my own heart to imagine the depth of their loss. I have also watched the outpouring of support for Amanda's family online. I have read the enraged and righteous indignation of many people who proclaim that "if only they had known her" they would have done something and their outraged cries of "where were the adults in her life?" as though they would have done the parenting better than Amanda's parents did.

I have read and signed petitions that would find the perpetrators of her emotional torture and prosecute them under the law. I have watched as social media and the traditional media is bombarded by comments and commentary on how horrible and tragic and what we should do about those who failed Amanda Todd. And here is my take on it all. Most of US would have done exactly as they did. Nothing. That's right. Very few of us would have helped Amanda Todd.

The vast majority of people would have done exactly as the people who did know and see and could have done something. We, far away and removed from the situation are not gifted with some great compassion and ability greater than those involved in the situation. We are not special or better than they are. In fact it's the attitude, that we're somehow better and would have behaved differently that is at the heart of the problem. I'm not denying that we all FEEL so deeply for this child and her family. Of course we all do!

Where we fall short(all of us) is being proactive on this sort of thing and translating our heartfelt empathy into action BEFORE it becomes tragic. We need to prevent having to express passive sympathy by engaging in active empathy. By active empathy I mean, we not only have the ability to put ourselves into the emotional shoes of another person but we take action to support and help them through their difficult times. What we are doing now, with our condolences(heartfelt as they all are) is engaging in passive sympathy. And by passive we mean we will feel the sadness, express our emotion on it but we take no action
in our own personal lives to prevent it from happening again. We take no note of our own behavior to others to see if we are contributors in some way to the bully mindset.

What was happening in this girl's life is not unusual. I've put two girls through high school and it's a hell hole for many kids. I can give you an example of almost this exact thing happening to a teen in my kids' life. What I have observed is that while most parents are absolutely terrified of their kids being bullied, not many of them consider that their children might BE the bully. Where do children learn to be bullies? That's not difficult to figure out. The nut doesn't fall far from the tree. Pay attention to the words you use? Are you judgmental? Do you put down others? Participate in gossip? Do you barrel through life like you're entitled and special and that the people around you are there for your benefit? If so you can expect your children to adopt some of those traits. Kids are masters of duplication, it's how the human race survives. If they are raised in a home that knocks down the weaker, they will knock down the weaker, if they are raised in a home that raised up the weaker, they will duplicate that behavior. Do you knock down your children or do you raise them up. Do you punish or do you support. Are you a tough disciplinarian or an emotional coach to your children?

I asked my daughter if she could name a child at her school who might be considered a bully. She named one. I was not surprised at who she named. He's the child of the parent who treated me quite poorly a few years ago. See bullying isn't just a teenage phenomenon. I encountered it myself a few years back in a volunteer position where a group of women decided to oust me out of my leadership role. One woman was the ring leader, but true to form, had her group of friends do her actual dirty work. Absolutely incredible how they fell for it. She convinced them I had wronged her(there was a simple misunderstanding that could have been cleared up with one phone call) It escalated to the point that I had to take legal steps to protect my reputation and to stop further slander. There were face book exchanges that put most teenagers to shame(I did not engage in any of them but they were saved and forwarded to authorities)that included lies about me and my family. I am an adult and had no problem handling it emotionally. I knew they had a reputation for this kind of thing and I also knew no real damage could be done.

But I imagine a younger person, a child or teen, being the target of such spite and immaturity, would be devastated. It's not always this black and white and remember, children have two parents, and many other influences that make them feel the need to gain power over a chosen target. The fact is, any one of us might be setting up an environment for the bully mentality to develop so we need to be aware of those things in advance, then take action to prevent it.

I ask you one question. Are you absolutely sure you're not doing something in your life, with your words, with your attitude that is hurtful to another human? Are you engaging in the belittling of another human being in any manner, whether behind their back, or to their face, on Facebook. Are you, conversely, watching out for people, particularly the young people in your life, to make sure they're safe from this because while a handful of people did the bullying of Amanda Todd, many others were aware, stood around, and did absolutely nothing. Be very sure you're not doing the same?

Personally, I'm taking inventory of my behavior right now because for me, a simple RIP on a blog isn't taking enough moral responsibility. But this does beg the question. What exactly do we do? It is a complex situation. But first of all we have to check our own behavior and our own words. Ownership of our responsibility to be above that sort of activity must be taken by adults. We must set an example for our children and engage in open and honest communication about how to treat people. We must second that by raising them to be strong enough to not just stand up for themselves but to stand up for others. To befriend the child sitting alone in the lunch room. To be the one who cares for those who have no one else to care for them.

If you don't have children, perhaps you need to take steps to get to know the young people in your life? Get engaged in an active relationship with them Become a safe place? A refuge? A shoulder to cry on? Be that person. Perhaps you'll be able to help the bullied. Or better yet, prevent the bullying. If every single one of us who writes RIP on Amanda Todd's Facebook wall or Youtube video, made a solid commitment to be there for the young people of the world and each other, perhaps we can prevent another child from being tortured to death. Be kind to each other. Be the person who lifts up others, who offers a hand, a hug, a kind word to those who need it most and have it the least. And has Ghandi said, Be the change you wish to see in the world. Godspeed Amanda Todd.