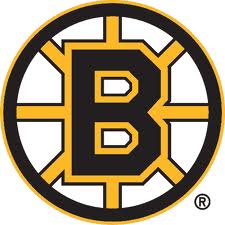 Got your attention didn't I?  I knew you couldn't resist.  And it's the truth.  I'm letting you know this now..this is very very important.

The Boston Bruins are playing another round in the playoffs!  See?  Said it was important!   YES.  They creamed Philadelphia(my most hated team on planet earth btw).  It all starts tomorrow night and they will be playing against the Tampa Bay Lightening..a great team..but we can't lose to a team from a state that doesn't ever get ice..that would be sooo embarrassing.  No my Florida friends, Lord Stanley's cup will not be getting  a Florida vacation.

Meanwhile The San Hose Sharks will play the Vancouver Canucks and then the final for the cup will be decided by the winners of each series.  I"m hoping for a Vancouver-Boston final so that it's a "win..not so bad to lose situation" for me.  But I've been a Bruins fan since I was 4 and that's where my first loyalty lies.

So..what other important stuff do I have to talk about?  I had a stalker on face book.  She's gone.  Had to block her.  I think she was mentally ill but I am not qualified to fix that.  I had to ban her when she became too intrusive too fast.  I feel bad.  But after talking to mutual face book friends, she had done that to them.  She saw no problem with the boundaries she was crossing and that isn't good.

Then just yesterday I had some other girl (I think, good have been a guy) posing as a Newfoundlander join my face book but I figured out she wasn't one when I noticed both her and her fake boyfriend had no fellow Newfoundlanders on their friends lists.   That just isn't possible.  I completely understand why people would want to fake being a Newfoundlander though.  It is a fun condition to have.  I just don't know why they wanted to join my face book unless it's for the party.

Oh yeah, tonight.  The party.  I have no plans.  It's Friday the 13th.  I do not have paraskavedekatriaphobia(google that) so I'm celebrating.  I'm home alone sort of.  I have beer.  I'm putting the kids to bed early and having a face book/MSN/Youtube/Skype party.  Please feel free to join me.  Unless you're a fake Newfoundlander.  It actually is a lot of fun.

I think that's all the important stuff.  Saturday night is Hockey Night in Canada.  You know where I'll be then.  Glued to the screen watching every moment.

It seriously is the most important thing I have going on right now.  And somehow, that's a relief.  The simple stuff.  The kids.  The sunshine.  Writing a little poetry, puttering around the house, baking bread and cookies, taking pictures of the tulips shooting up the front of the house.  Nice to enjoy our last few weeks here and to relish the thought of being in Newfoundland in just six short weeks.

And I still have hockey!

Have a great day!

RNSANE said…
Well, I'm not really a hockey fan at all...though, living in San Francisco, I do root for the San Jose Sharks. I've even been to one Sharks game but how the heck do you ever keep your eyes on the puck. My neck hurt for a week!!!

Ridiculous about stalkers. I've never had that problem, thankfully...guess no one finds me interesting enough to stalk.