the Good and the Bad of it all 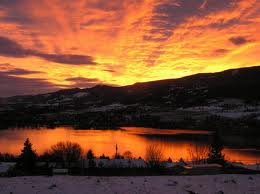 Just sitting here after being up all night, drinking coffee and working on my novel.  I'm writing about judgement now and about someone who is behaving quite "bad."

It got me thinking.  It seems that good/bad judgement goes on all around us and is a part of our very existence.   I hear parents telling their kids "good job" for just about every movement they  make including bodily functions (good pooping?  really?).  Most of those same parents would never dream of telling their kids something they did was bad though, I mean that would be wrong.  But the message is there.  I mean if pooping is good then not pooping must be bad right?

I'm obviously being a bit silly here.  But in life how often have we judged something as right or wrong, good or bad, flat out without knowing the situation.  Because we can never ever know the entire situation even if we are in it because we can't get behind the eyes of another.  We find it particularly difficult not to judge though, particularly if the so called "bad" behaviour hurt us personally.

Imagine a man walks up to you tomorrow and says, "I killed my wife."  Your immediate horror would throw that behaviour into the "bad" category.  But then, if you discovered this woman had come at him with a machete and he had accidentally killed her defending himself..perhaps you would judge a little less harshly.  And even if you had the whole story, who are you to judge anyway?

There is a whole lot of grey in all of the decisions people make in life.  And people do make decisions that impact their lives, and the lives of others in a seemingly negative way.  But that's not about right or wrong.  That's about making decisions based on where you are and what you have as a basis of experience and being humans and we all have a different basis.  So we are all going to make  different decisions.

Because our decisions may appear "right" doesn't mean they are.  It means we did the best we could with our own personal given knowledge and emotional base just like anyone else.  We are no better, no worse, there is no right or wrong, there is just doing what we can do and know how to do. That is all.  Conversely, because our decisions appear "wrong" to others, doesn't make it so either.

The biggest problem with judging right or wrong in others is that you assign to them your personal perspective.  This is unfair because they don't have it.  Perhaps the person you are judging isn't doing something wrong, but rather doing what feels natural, normal and right to him.  And, in the long run that person is the one who has to live the life they've created.

But first, before we can stop using the right and wrong paradigm when dealing with others, we have to do it for ourselves.  Perhaps you've made choices in your life that you feel were wrong. Perhaps you are living a life that isn't what you dreamed it would be because of those choices and to further that perhaps you think you are being punished for your "wrong" decisions and that's why life isn't working out your way.

This sort of thought process is probably the single biggest block for people in feeling the sense of worth and validity all humans should feel in their lives.  Each of us is worthy of all the good in the world regardless of our behaviour.  Because the spirit is good and perfect.  There is no right or wrong, no sin, no evil.  There is only pure spirit surround by a physical body and mind who is influenced by the environment.  Take away the mind and body, there is nothing to judge but pure light.

It is said that the spirit is "that which never changes."  Our bodies get older, our lives change, people come and go, the earth is changing, we can change our behaviours and become through growth, that which we wish to become but none of that makes anything good or bad.  It is just is the way of it.

This doesn't mean we should just go around hurting people and doing the things that we've been taught are against the rules of respect.  It means we allow others to be what they are without judgement and we afford ourselves the same courtesy.

So always remember, you are pure light and energy.  And so is your neighbour. That is all you are.  That is all they are.  You both are unchanging and brilliant.  The rest is an illusion. There is no good or bad.  There is just perfection and that perfection is you.

This is what I know to be true.