Am I Really That Odd? 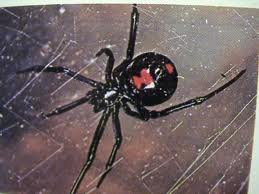 This is not really so much an observation as a revelation.  Well..perhaps a confirmation.  Perhaps I have had too many libations...celebrations...I'm in a silly mood yes.

But this is serious.  I realised something.   I think I'm a really odd duck.

Tonight I spent time in conversation with my friend online talking about math.  We were discussing math in a universal sense, not a book sense and I said I didn't really get math until I got it on my own. When I discovered that math is all universal and real and not something a bunch of weird nerds with nothing better to do came up with.  (Then I said which kind of makes me a weird nerd..which of course, is simple mathematics).  Then I asked "is life applied to math or is math applied to life?" and my answer was 1+2=3 and 3-2=1...so..yes and yes right?  OK it made sense to us and I wasn't smoking funny stuff.

So this was just silly stuff...made up stuff...this is the kind of thing we talk about sometimes.  This is odd duck stuff right?

Then a second friend posted on face book a link to a story about how a local woman found a black widow spider in a broccoli.  She was all freaked out.  She couldn't eat dinner she was so upset about it.  And I thought..seriously?  I mean how freakin' cool!  A black widow in the broccoli!  What a great story!  And it's just a spider and it didn't bite her!  But people are no longer shopping at the store because, omgodz the Black widow was there!  Seriously?  I'm not big on name calling but...wuss!  Spiders are cool.  I never kill them(or anything) and I love their webs.  Is there anything more beautiful than the web of a spider?  With dew drops and silk?  A perfect example of a masterpiece by nature's only non human artist.  And mathematical as well.  I would be awestruck by a black widow in the broccoli!

All this occurred while I was waiting for my bread to bake at 11:42pm.  I often bake bread late at night.

Which brings me to the question?  Am I really odd?  Seriously..there must be others who contemplate these sorts of things and who sees things this way..or if not this way..in a unique, equally different manner?

Others who see spiders as beautiful and mathematics as life and life as mathematics and thinks it's all about love.

Yep  I am really that odd.  I might as well face up to it.

If I were wealthy I'd be eccentric.  That's a much nicer word.  But nope..just odd.

And I have a strong desire to chew tinfoil.

The eensy weensy spider went up the water spout.... 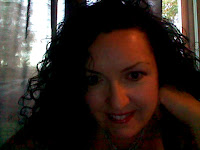 Unknown said…
I only like and deal with odd numbers - unless of course the number that happens to be even can be split up into odds or is divisible by odds so therefore really is an odd number...so we're cool ;)
February 23, 2011 at 8:20 PM