Love and Fear, Secrets and Lies! 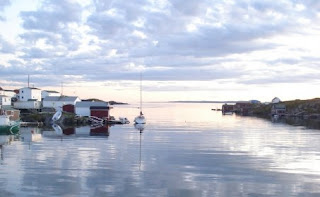 So it starts!  I'm writing again!  More secrets and lies in the lovely town of Rare Moon Tickle.  The town is of course, based on my home town of Change Islands.  The ocean that surrounds it is the blue of darkest topaz and the granite shores surround it like the silver surrounds a gem, making it a one of a kind jewel on this planet of many.   I see this place as though it were real.  I walk the roads alone now and climb and watch the ocean and the town from it's highest look out.  It is a spectacular place and I look forward to taking you there again someday, if only in my imagination.


So that's the setting.  Now for the true gems, the people.  In order to create characters that are believable you have to really get to know what motivates them.  You have to really get in there and make them real, get to know them on an intimate basis and then plop them into a situation and let their actions be the results of the people they have are are becoming,  and the motivation that drives their behaviour.

When I decided to switch gears and make "Secrets of Rare Moon Tickle" a series of books, set in the same place with different characters, it was because I had discovered I have a secret fascination with the secrets and lies part of the whole story.  Every single character in that book had secrets.  Every single one of them told lies.  All but Stephen...but his time may come in this new book.

We all carry our secrets.  And we are all entitled to them.  There is no rule that says we have to lay our entire lives bare for the whole world to judge us, because from what I've seen the world is an unfair judge, and second, we are often harsher judges than the world and our own guilt and regret is frequently punishment enough for our mistakes.

In the past I've commented that there are really only two emotions, fear and love.   That these two are the driving, core motivation behind every action a human makes.  Yes a person may feel anger and frustration and regret but behind all of these is either love or fear.

Here is an example.  I was very angry at someone recently.  They had done something that I thought might hurt somebody I love very much.  I seethed with it.  I have not ripped the side out of anyone in anger in a long time(and I'm quite good at it...my nickname for years was Julia Sugarbaker) but I did that day.  Anger, was the reaction.  It was a secondary emotion.  Driving it was the fear of a person I cared about being hurt and perhaps of that person being angry at me for it as well.  I'm not proud  of that behaviour. But I'm human and sometimes I get pissed off.  We all do and we're all entitled to it.  It's valid and it happens. I've forgiven myself for it.

But the opposite is also true.  Because in my example above lies great love.  My anger was as much motivated by my love for the person I felt so protective over, as it was by the fear.  Fear determined my behavior but love was winning in my heart.

In delving into my own behaviour, the reasons for it, I can then easily transfer it to my characters.  Some people are so full of fear.  Fear of abandonment, fear of being alone, fear of being poor, fear of death, fear of not being loved, that their whole character and personality and actions revolve around it.  Some are so full of love that it is their guiding motivation and it shows in their character and behaviour.  Most of us carry both.  I am certainly guilty of that, and it's a conscious effort I make to decide things out of love instead of fear and not just love for others but love for myself, because I count too.

So now I start book two of the Rare Moon Tickle series and a whole new cast of characters are taking up space in my brain.  Two in particular will come to life on my pages today.  One is Dovie La Boeuf.   She's a delight.  She loves everybody.  She's in her mid sixties, a widow, alone, her children grown.  Her life the little business she operates and the people of Rare Moon that come and go.   She made decisions based on fear and they landed her where she was.  She has regrets but has learned to be happy and to love more than to fear.  She's also quite funny and warm and she'll make you laugh.  She'll also make you cry.

Then there is the main male character.  He is wonderful.  You will fall in love with him ladies.  I have.  His name is undecided.  It has to be perfect.  He isn't though, but he's good.  Truly good.  You will watch him grow throughout the story though even I don't know where he'll end up.

Of course now my challenge is to find him the perfect woman.  She hasn't shown up in my brain yet but I'm sure she will.  He needs her.  After all what's a love story without the (im)perfect woman?

So off I go.  I will keep you posted.  Meanwhile here's a little Julia Sugarbaker clip for your entertainment.  Perhaps my male character needs a little of this to keep him in line!