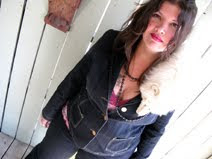 Lorette Lujazic, an amazing Toronto writer and editor asked to interview me for her blog.  The interview was posted this morning.  I first met Lorette after a poem of mine was accepted for publication into her anthology goodbye Billie Jean; the meaning of Michael Jackson.  I admire her work immensely and was thrilled to talk to her about my novel.  Here is an excerpt from the interview with a link to Little Miss Chatterbox for the rest.

Carolyn R. Parsons is an extraordinary blogger, writer, and reporter who has just released her first novel, The Secrets of Rare Moon Tickle. I had the good fortune to meet her after she contributed a poem to my anthology, Goodbye Billie Jean: the Meaning of Michael Jackson. Since then, she has released a poetry collection, and is at work on a new novel! Now that’s inspiration.

You’re a mother of four, a busy blogger, a reporter, and a poet. How did you find time to write The Secrets of Rare Moon Tickle?

I was told I was hyper by two different people recently. There might be something to that! This may sound somewhat cliché but truth is I made the time. I decided to become very disciplined and wrote for 2 hours a day no matter what. [more]