The Girl Can Write! She Wrote about Me! 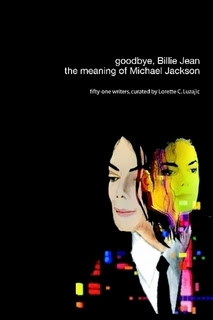 Lorette C. Luzajic from The Girl Can Write and Extreme Michael Jackson wrote about her impression of my book, Wind Rhymes; Poetry from the Breeze on her other blog, Little Miss Chatterbox! She also has, I think, two other blogs. There are links on her page to them.

I first met Lorette when I attended the launch of her book, good bye Billie Jean; the meaning of Michael Jackson back in February, though we'd corresponded about the project prior to that. I have a review of her book sitting in my drafts and it's time I finished it up. It's a fantastic project that I am proud to have been a part of. Lorette is a wonderfully warm person and that room was an easy one to walk into considering I knew no one. But then, I do a lot of walking into rooms alone, don't I?

As I read her review I realize my poetry did exactly what it was supposed to do, reveal my truth. It reflects my spiritual beliefs, my personality, my love of poetry, my passion for life, my disregard for any kind of dogma whether it be religious, literary or otherwise. (rules are made...I don't like things that are made, I like things that arrive). Stephen King said, in On Writing, write whatever you want as long as it's true. That was what I did.

I see a lot of angst driven, oh woe is me, the world is a hard place and I'm a victim of it writing and it stems from a common human belief that people are intrinsically bad and negative, somewhat doomed and only occasionally good and I realize I see the world in a completely different way. People are mostly good, want to be good, are meant to have compassion and empathy and go astray occasionally. I jump to the best possible conclusions automatically. I think I get it from my father. I'm not a wallower. I don't like pain and suffering and I pull myself out of any of that as soon as possible. It's probably why I don't like country music(that and the, um, music part of it) and why I waited so long to watch This is It, the Michael Jackson film. I still was sad but I wasn't thrown into despair like I would have been if I hadn't waited until I was ready.

There are worse things to be than optimistic. I don't wear rose-coloured glasses, I see the reality of the world, I know there is pain and suffering, but I choose to focus on hope and possibility rather than despair and negativity because I think that's how I can most be of service. I've been called idealistic and I've thanked the person who called me that, I am indeed.

Anyway, pop over to the review and say hi to Lorette. The girl really can write!

Carolyn R. Parsons said…
Thanks Debbie. Right back at you! I decided awhile ago to surround myself with positive people and you fit right in there, at the top of the list.

Life is good...there are bad parts sometimes but the earth is a magnificent gift and the humans on it, of every size, shape and colour are a miracle! I love everyone of them :)
March 27, 2010 at 5:35 PM