Good Advice vs Intuition. What do you think? 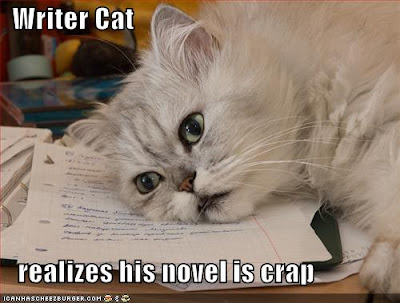 I've actually become quite good at deciding whether to take advice or just go on my own way. I've become bolder and more confident as I've grown older, I've given up caring what people think of what I do and just do it for the pleasure of doing it.

This is particularly true of the novel I'm writing. I've been studying writing, doing some online workshops to hone my craft.

I'm finding that my book often breaks the rules of writing. I'm a little overboard with the descriptive narrative, my dialogue doesn't ring true, it's a little "out there" in the airy fairy world etc.

And I listen and take notes and then keep on doing what I'm doing, only changing things if they match what I'm going for. When I decided to write "this" novel it was with the intention that it be light and poetic. I wanted the language to be beautiful and creative because it's my first book and the book that I get to practice this in. I wanted the feel of the world around the characters to reflect the times in their lives that they were in at the moment. I wanted it to be romantic, not in the happy ever after, but in the life is romantic and sweet and difficult and beautiful way.

But my biggest hitch is the dialogue. I write from my own experience. My characters are from my home province and we have a distinct dialect and our own special meanings to words. I don't write in the vernacular but I hear the dialogue with the lilt of the Newfoundland language and try to "describe it" in there somehow.

I recently had a critique of a scene that said "No one would say this." The dialogue itself was one word. Here it is.


"She carefully settled into the crook of his arm but her caution was wasted. He stirred and became aware. He pulled her closer whispering one word as he held her in his strong, now familiar, arms.

“Wicked.” the heart-stopping grin touched his lips briefly just before he kissed her. She smiled at him and agreed with her eyes and then drifted again into a light sleep at the dawn of the new day. The sun lifted itself over the earth to shine hot rays on the couple through the dirty window with its cracked pane held together with a wide strip of greying masking tape. But even in these dingy and dirty surroundings, there was great beauty in the new love that was dawning, as hot and as powerful as the sunrise."
Now I can find a lot to criticise about this piece. It's a little wordy, there are some things that will likely change. However..I'm from Newfoundland as are my main characters and if something is exceedingly good it's "Wicked."

But this guy doesn't seem to believe that, thinks I'm hanging on to this one word out of some attachment to the scene or being a difficult writer. I'm not..we say "wicked" we really do. It doesn't mean evil, it means "excellent."

So what's a writer to do? Do I pull it because this "expert" says so? He thinks that other, non-Newfoundlanders won't get it. Well, perhaps. But I've read Dickens and Austen and Shakespeare and they weren't Canadian but I got it. I'm giving my readers the benefit of the doubt. I've explained their heritage, they know these characters aren't from Ontario or California or England.

I know what I know to be true.

There is also one other aspect to this. My novel is fiction but there are scenes in it that are absolutely true. As a writer we pull bits and pieces of our own experiences and add them to the work. This scene is a memory. This scene is true.

So I'm leaving it for now. I may pull it later for another reason, if a valid one presents itself but not for this reason. Expert be damned!(and I know you're a subscriber so yeah, I'm talking to you!xx)

Holding on to what you believe to be the truth and following through on your convictions is difficult at times. I think you have to be truly confident in yourself and your intentions. But there needs to be a balance. I don't want to be stubborn and unable to learn what is being taught but I want to be able to hold on to my own confidence and trust my own ability to make my work what I want it to be.

This is not just a writing thing, this is a life thing. In any endeavor, finding the balance between trusting your instincts and trusting others is a challenge. Both are important for learning and growth but I think intuition has a place at the head of the line.

So what do you think? Do I leave it in? Do I listen to the workshop guy and pull it for that reason? You tell me?

Jinksy said…
I think blogger is playing games - I've just left a comment, or so I thought, but now I have doubts! 'Wicked' is understood in UK to mean brilliant,anyway.
But I do have a problem with this sentence 'The heart-stopping grin touching his lips briefly just before he kissed her.'
Either the punctuation is wrong, or the verb needs to be 'touched', or the sentence needs another clause to complete it.
December 3, 2009 at 12:11 PM

Carolyn R. Parsons said…
That's been changed in the editing..this was the original version I sent..I left it as is because I'm looking for feedback on the "wicked" aspect. We already reworded the rest in the book, though I can't remember how we fixed it now...I'll check. I think we took out the comma before "as" at the end too. Anyway...back to the topic..."wicked" is something a guy might say after a night of lovin' and falling in love? My guy's American by the way and I'd love to know if any American's would say it in that context. I'm not surprised that Newfoundland and the UK have this in common..our dialect is much closer to the UK than to the American.

April said…
Well, I'm from California and now reside in Florida. I think the word "wicked" is used enough for people to know it can mean really good, excellent, etc. However, the first time I heard it living in Florida, it was from a visiting northerner (Massachusetts). It's very Bostonian...but other people in the US will get it. A lot of times its used as an adjective like that's "wicked cool" But its also used alone with the definition you describe. :)
December 3, 2009 at 1:16 PM

Clandestiny said…
I admit that when I first read it my thought was he was teasing her as if he were playfully saying that she was naughty for waking him or her snuggling closer was arousing. I wouldn't think there's anything wrong with either of those interpretations but you may be reaching for something different. I've heard and even used "wicked" a few times with your meaning but not often enough that it's the first meaning that pops into my head. But I also think that within the context of the whole book the meaning that you're aiming for might likely become more clear.
December 3, 2009 at 4:26 PM

Carolyn R. Parsons said…
Clandestiny..see that works fine...I'm not worried if someone takes it a different way...I think I'll send him your post actually because that's fine. He said people just wouldn't "get it" at all..at least that's how I took it when he said no one would "ever" say that.

April...I too think it's likely regional. I don't know if I've heard anyone in Ontario who isn't originally from Nfld or had connections use it quite that way...like no on in Ontario has a "row"(rhymes with now) which means have an arguement. But my UK friends use it or get it when I use it.

Thanks for the input. I'm leaving it. I might work in a few more references to language but this is a situation where they are alone...and it seems silly for her to notice his "Nfld speak" when she herself is from there and it would be natural to her.
December 3, 2009 at 6:21 PM

Mary said…
Breeze, I have heard people from Newfoundland say "wicked," meaning good. As far as critique partners, they can only make suggestions. The work is that of the writer. Do what you think is best.

The Holiday Train is an annual event and from here it left for London and Chatham. I had never heard of it before either, until last year.

Hope all is well with you. Nice to visit again.

Shadow said…
i think 'wicked' is interpreted according to an age group, if i dare say that. to me, it also means éxcellent' or something really good...
December 4, 2009 at 2:33 AM