Last Last Night I Had a Dirty Dream; Or Breeze Gets Political 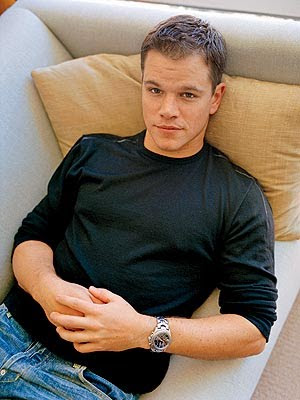 So last night I slept for nine straight hours! After three sleepless nights I needed some rest. My body and my subconscious mind were exhausted and I awoke with the memory of the oddest dream I have ever had.

Now let me start this by saying, I am a card-carrying member of the Liberal Party of Canada. I avoid political discussion on here, this isn't the place for it, but I'm sure my beliefs come through. I'm feeling the need to purge today and since most of the post is based in dream land I'm making an exception.

Here is what happened in the dream.

I was ranting(I can't remember who I was ranting to) about the current Conservative government and the Prime Minister just happened to overhear me(of course?). Now I am not a fan of the policies of Mr. Harper and didn't feel all that upset that he overheard my conversation, and I was quite willing to convince him face to face of how wrong he was but he decided that I was the one who should be convinced and decided to spend the day with me doing so.(Now anyone who is familiar with Mr. Harper knows that he really doesn't care what anyone thinks so this part of the dream is already drifting into the realm of unbelievable, but hey, it's a dream and weird things happen)

So we quickly travel through Ontario where we ended up in a pool hall. Mostly there were teenagers there and they were completely oblivious to the PM. Nobody recognised him at all. I wonder how accurate this part of the dream is. I wonder how many kids have no idea what the Canadian Prime Minister looks like? I'm a little tired of the Tory bull by this time and I am happy to see my cousin, Rodney. I bring him over and introduce him to the PM. He doesn't seem all that surprised to see me with him but Harper is surprised that my cousin is there. Then his brother Dean walks by and I introduce him as well. Harper asks "How many cousins do you have?" and I reply(and this part is pretty much true) "hundreds." It isn't surprising that there are two in my dream. There seems to be at least one in every major Canadian city! My now husband came home from Canadian Tire in Windsor once, excited to have discovered that one of the girls who worked there was my second cousin(that I'd never met) and I told him I would be more surprised if I didn't have a cousin working at the Canadian Tire in Windsor!

OK..back to your regularly scheduled dream. We travel east(of course) and I wish I could remember the conversations. I know Matt Damon's name came up because Damon has expressed disappointment in Harper not following through on Canada's promises on environmental issues and I asked the PM about this. I can't remember his answer but I'm pretty sure it was a lie.

Then we get to Newfoundland and I suggest we stop by and visit good old Danny Williams but the PM refused. I asked him if he was afraid and he didn't answer. So then suddenly we are back in Ontario, because what's the point of staying in Newfoundland if you can't talk to Danny right? And we start to have a few beers and chat. I drink Guinness of course.

Now this is where it gets dirty. Don't let the children read this please. And don't read it yourself if you have a weak stomach or if you are any kind of prude.

We start to relate. We start to get along. I discover he has a sense of humour behind those cold vacant eyes. I start to, gulp, like him. It was my own personal version of Twilight, only it was more of the "Twilight Zone" than the Edward and Bella Version.

Thankfully, before the Tory bloodsucker could inject his venom into my veins turning me into on of the undead, I woke up. I still felt some residual good feelings towards the PM so I quickly meditated, did a smudge and hung some garlic around my neck and now I'm perfectly Liberal again with all my liberal-socialist tendencies intact. Whew!

But what a strange dream. What does it all mean? Why did it happen. How close was to become one of "them"?.

I have no idea. All I know is that they visit your dreams now, they are that insidious!

One thing I know is that the next time I have a dirty dream I'm hoping Matt Damon is the MAIN character and that politics isn't the theme.

And please..if someone catches me doing something strange, like singing along to Ringo Starr songs or promoting corporate tax breaks or endorsing political patronage please sit me in front of my computer, pull up Justin Trudeau's Face Book page so that I can be quickly infused with hope and promise of a Liberal future for Canada.

What I wanna know is why in hell yer usin' Harper as the metaphor of something you don't care for in yerself.....and then tryin' to convince your other self that its OK.....by running all over hell's half-acre....to be so conservative in your thinking. What's been pissin' ya off lately Hon ? Answer that and stay out of the political equation and you'll find your answer.
October 30, 2009 at 1:40 AM

Carolyn R. Parsons said…
Nope...don't really like Harper...lol...I try though...maybe it's a reinforcement of the idea that it's easy to love the ones you like and difficult to love the ones you don't. Perhaps a lesson in getting along with those who are different than you are...What's been pissing me off lately? The fear mongering around the H1N1 thing...the mixed messages...the line ups for vaccinations that likely don't work, the sudden shortage after the government spent a bazillion dollars on it, the people who are lining up to get this vaccine even though they don't fall in the high risk group(which is a selfish act even if the vaccine is a load of hogwash)

What else pisses me off? Not much...I don't generally get all that pissed off...so now...how does that fit?

Unknown said…
Once again Hon........the dream is the construct by the unconscious of the conscious/unconscious experience of how we feel about ourself.

Your first statement's consideration is as good as any at that point.

Harper represents something you do not care for in yourself..exampled in the traveling together construct...probably stubborn, self-centredness, and the inability to recognize it represented by the multitudes which do not recognize him.("Perhaps a lesson in getting along with those who are different than you are")

You see dear lady....when we struggle to accept the 'darker' side of the ego....we create a 'muse' to represent such, in our dreams, to study it. Self-denial is always the point to consider.....as it is in real life. Acceptance creates a way to love all equally. A few months back I posted a song called "Sleep" which attempts to explain this.
October 30, 2009 at 11:55 PM