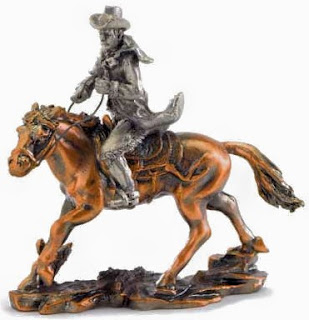 I did it! It was like a blind date! I was so nervous. What to wear, will they like me, will I say stupid things and make a fool of myself. Then I ignored all my inner self doubt and went ahead and did it.

I showed up 45 minutes early to the park. Downtown Stratford, Ontario has its own "Avon River" reminiscent of its British counterpart and namesake and that is where the dragon boats practice. They meet on the island in the centre of the river. The email from Leanne had said there would be two teams arriving for an 8pm practice and that I should look for the less serious team. She said "if you see a group warming up and stretching, that's not us"!

I watched two other teams practice and struck up a conversation with a young girl and her grandmother who were waiting and watching her mom. We chatted and I told them I was there to try it for the first time.

The Grandma was very excited by the idea that I was just walking into a group of people I hadn't met before. She thought the idea intriguing and invited me to sit on the bench beside them to watch the other teams and chat. They were so excited for me!

Then I saw the more serious group drift off leaving behind approximately half a dozen others. I made my way over and asked them what the name of their team was. "The ASS team" they replied and I had found my bunch. I introduced myself and for the record, ASS stands for "Assorted Stratford Strokers".

What a fun group! Silly, great humour, a few newbies, though none as new as me, and a woman named Cathy took me under her wing! I was assigned to sit next to Cathy, who is a very experienced boater and they sat Henry, also very experienced, in front of me to make up for my lack of skills and experience. It was determined that I row left. I just passed the paddle from hand to hand to decide which way felt right. It was all pretty scientific, not!

I was given very simple and easy to follow instructions from both my seat mate Cathy and our coach Geoff who sat at the stern of the boat. Our caller, who is in training showed up a bit late. Leanne, who invited me to come, showed up at the last moment and was so excited I had come. She was literally dancing around. She was experienced but hadn't been able to participate the previous year so was also a bit rusty.

I kept up pretty well but it was crazy hard work. It tried not to stress too much and my seat mate was constantly reassuring that I was doing great and keeping up well and she encouraged me to pull up my paddle when I felt fatigued. I took this advice several times although had I known I was so near the end of the run I likely would have made it. As with everything, when I just let go and didn't over think it I would get into a zone and it would be perfect. I couldn't talk while rowing though or I completely lost the rhythm.

I am extremely proud of what I've done. I have considered this for years. I decided to commit to the team and guess what? I'm in a race on July 18th! I'll be sure to bring along a photographer! I think I'd better get into some serious physical training in order to keep up. But this team seems to talk more about paddling than winning and that appeals.

My back hurts, my shoulders hurt, my calves hurt, my butt hurts, in fact pretty much every muscle in my body hurts except my heart. It's beating loud and clear, letting me know that this is the thing for me to do, that I will find the teamwork, the competition, the friendship and the sport both rewarding and fun. I emailed the treasurer of the team this morning to make payment arrangements which is incredibly reasonable, $100 for the entire season including 3 competitions.

Thank you for all your encouragement and positive comments. They were greatly helpful and knowing I had to come back and report back kept me from flaking out!

So if I can do it, you can too! Just get out there and do it. Try something new. Just do it. Dragon Boating, skydiving, drawing classes, whatever you want to do, put yourself outside of your comfort zone and try it! All you have to do is be brave, little buckaroo!

Anonymous said…
Oh Breeze, that is so awesome! I have wanted to do this for the longest time as well, and I was hoping to find a women's cancer group that was looking for a newbie. There are lots of breast cancer teams, and they are unwilling to let "the other cancers" in. What a pity! But I will for sure join a regular team!

Cam said…
Hats off to you, Breeze!

I'm so glad you got out there and did this! And, you loved it!