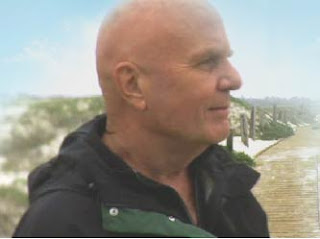 As a follower of Dr. Wayne Dyer, I feel I owe it to him to write about The Shift. He has done so much to inspire me over the years that I feel it's my duty to help him reach the critical mass of ten million viewers he is aiming for. I am planning on hosting a screening of the movie but meanwhile I'm going to promote the film from my little blog. Even one more viewer is a step closer to the ten million viewers goal. For those unfamiliar with Dr. Wayne Dyer, the best I can do is describe him as a guru, a life coach, a spiritual master and one of my best friends. You can meet him by visiting his website at http://www.drwaynedyer.com/.

The Shift is the title of Dr. Dyer`s movie. The original title, From Ambition to Meaning, will undergo a name-change in May so I'm going to talk about it under the new title, The Shift. Without giving the movie away the shift(event not movie) is something that occurs in our life when we go from one life-stage(ambition) into another life-stage(meaning). Often this shift occurs as the result of a life-altering event that forces us to change our course and move into new directions taking along new strength and insight on our journey.

The shift is a paradigm change. We look at the world and our place in it from a different perspective and we can no longer carry on in the way we did before it occurred. It affects how we live our whole lives, how we view ourselves, our families, those we love, those we hate and the very world we live in. We suddenly understand that we are here for a reason and we now must live our life with a new meaning and purpose.My favourite part of the Tao De Ching says "Bad fortune is what good fortune leans on;good fortune is what bad fortune hides in".

In the movie the shift is described as happening in a moment of clarity and magic. For me it was hidden in a tragic event that, as it occured, gave me no clues as to its being the catalyst for a change in my thoughts, a new direction and a new phase of my life.On January 9, 1998 my father passed away. Several days later I stood at his graveside (the last time I ever visited it) and didn't weep. I have no doubt that I wasn't behaving in a typical grieving manner although my heart was broken. First of all, it wasn't what he would have wanted. He spoke often of his admiration for stoicism. I didn't cry out of respect for that. Second of all, I didn't feel like crying. I have cried many times out of loneliness for that man. I don't cry on his birthday though and I don't cry on Father's Day but rather at random inopportune times his memory visits, stealth and sudden, and I am lost in despair with missing him. That smile, those eyes, that gentle voice, and above all that sense of peace that permeated from him and brought those around him up to his level of calm. The humour that would smile gently, with a twinkle and say, whenever we were upset about one thing or another "That`s not serious".This was a pivotal moment for me.

This was my shift. It came as I stood there on that cold January day, the wind marking my legs with raw red welts, the irony of the situation tickling my funny bone. He often said "why do people die in the winter, such an inconvenience digging graves in the frozen ground?" I could imagine him smiling at that irony along with me. And I knew at that moment he hadn't really left me. He was still here and in that moment I felt a sense of peace and knew there was really no reason to weep. And that day, standing miserably in the cold, not crying, trying not to laugh at that random thought, I felt the shift.

I decided, at that moment that things had to change. That was it. I had been wasting my life up until that point, hadn't done anything I wanted to do and I knew, knew for sure that my whole life had to change. And I also made the decision to proceed with the rest of my life in a way that I knew would inspire that gentle smile to appear on my father's face, wherever he was now.Of course it wasn't that moment that was entirely the beginning of my shift. And it wasn`t the end either.

I've felt many mini-shifts before and many after, one when I found out he was sick, one when I watched him breathe his last breath that January morning as I sat in his room, after being alone the entire night, watching him slip away. We didn`t know when the end would come but I couldn't leave the hospital that night, I couldn't leave the room, his breathing changed, I said good bye, and he left us. How quiet it was that moment when his breathing finally stopped after being so laboured and difficult all night. How peaceful he suddenly looked when his body had been slipped off "like an old shoe"as Dr. Dyer often says.

I've felt it since, with the loss of a job, the birth of a baby, the discovery of love in a familiar face I never dreamt would be my soul-mate. All have been contributors to this shift. But it was that one moment where I knew things were going to be different from there on in. And that moment also reassured me that things would be ok too.I've fallen in love, I've grown in that love, I've added children, I've had a child move out, I've forgotten to enjoy, I've mistepped, stepped in the mud and occasionally found myself creating the mud I've stepped in. I have had to accept my humanity and my failings and find the good fortune that lingers. I've doubted and believed at the most unusual moments. I've made my journey about personal growth, peace and spirituality.

I often lament on how much I hate winter. Those of you who know me well know how much I hate it. But I know, that without winter I'd not have anything with which to compare the summer. I wouldn't have the same appreciation for the spring, and even though it`s a forebearer of the dreaded season of cold, I love and appreciate the beauty of autumn in spite of it being followed by its hated neighbour, winter.We are all on the journey to where my father is now. There is no way around that. Sometimes when I think back to that cold winter day I see it all again, the good fortune that leaned on the bad, the bad fortune hiding in the good. It teaches me that while I don't like winter, I have to appreciate that it is important and necessary for me to go through that season both in an earthly and a spiritual manner. That winter is the season that teaches me the most. That winter is the season I need the most and that my father didn`t inconvenience anyone by dying in the winter. That that was exactly when he was supposed to go.

Watch Dr. Dyer's movie. Learn to make the most of your shift. Learn to recognise it when it comes. We are always on a journey. The Shift reminds us that we aren't the navigator and that our job is to make the most of whatever path we are set upon. I remember my father, a man who lived his life on the ocean, telling me that when there was a storm you ride it out as best you can. My father was wise. That wisdom is applicable to life's storms as well. Note: I wrote two poems for my father. I`m trying to track down copies of them as they were lost in a computer crash last year. I`ll add them when I find them.
Email Post
Labels: Inspiration